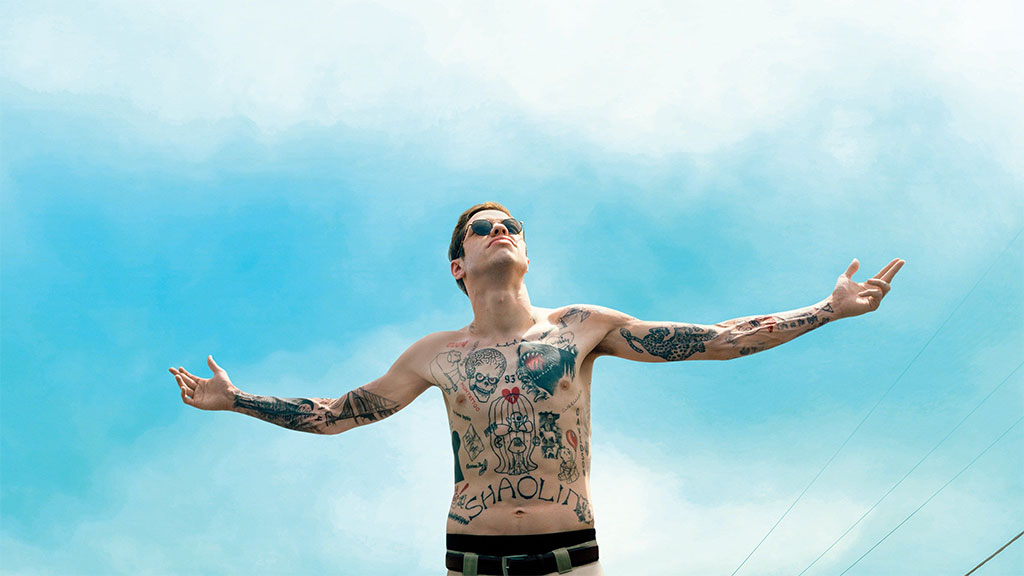 The King of Staten Island

Scott has been a case of arrested development ever since his firefighter father died when he was seven. He's now reached his mid-20s having achieved little, chasing a dream of becoming a tattoo artist that seems far out of reach. As his ambitious younger sister heads off to college, Scott is still living with his exhausted ER nurse mother and spends his days smoking weed, hanging with the guys - Oscar, Igor and Richie - and secretly hooking up with his childhood friend Kelsey. But when his mother starts dating a loudmouth firefighter named Ray, it sets off a chain of events that will force Scott to grapple with his grief and take his first tentative steps toward moving forward in life.

""The King of Staten Island" works perfectly as the story of a screwup, not so well when it's bending over backwards for you to feel good about him." - Variety

"It's... frequently winning, and oddly sweet, too; a drastically unhurried dramedy with room to grow." - Entertainment Weekly "Davidson isn't everyone's cup of tea and no one knows that better than he does. It's that self-awareness that elevates this story and makes "The King of Staten Island" worth the watch." - Associated Press