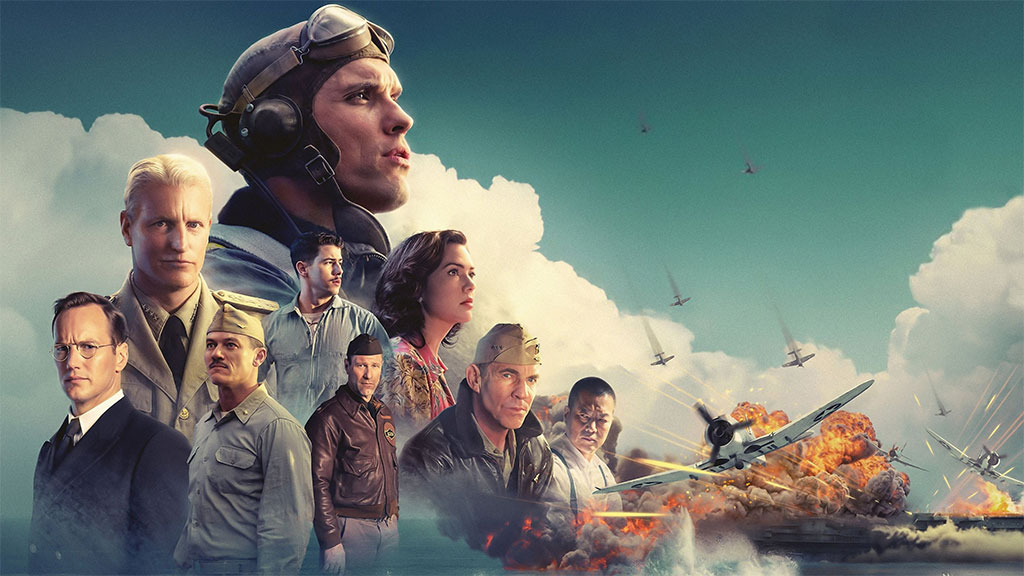 Centers on the Battle of Midway, a clash between the American fleet and the Imperial Japanese Navy which marked a pivotal turning point in the Pacific Theater during WWII. The film, based on the real-life events of this heroic feat, tells the story of the leaders and soldiers who used their instincts, fortitude and bravery to overcome the odds.

"The filmmaker's new film depicts the 1942 Battle of Midway  and hopes to avoid the mistakes of Michael Bay's disparaged Pearl Harbor." - Empire

"It has the tone, mostly, of kids' TV. Or a poor, very poor, supplementary video for a history GCSE." - Times UK "Every tired war movie cliche is unearthed in a film that brings nothing new but will no doubt please fans of men in uniform yelling at explosions." - Guardian