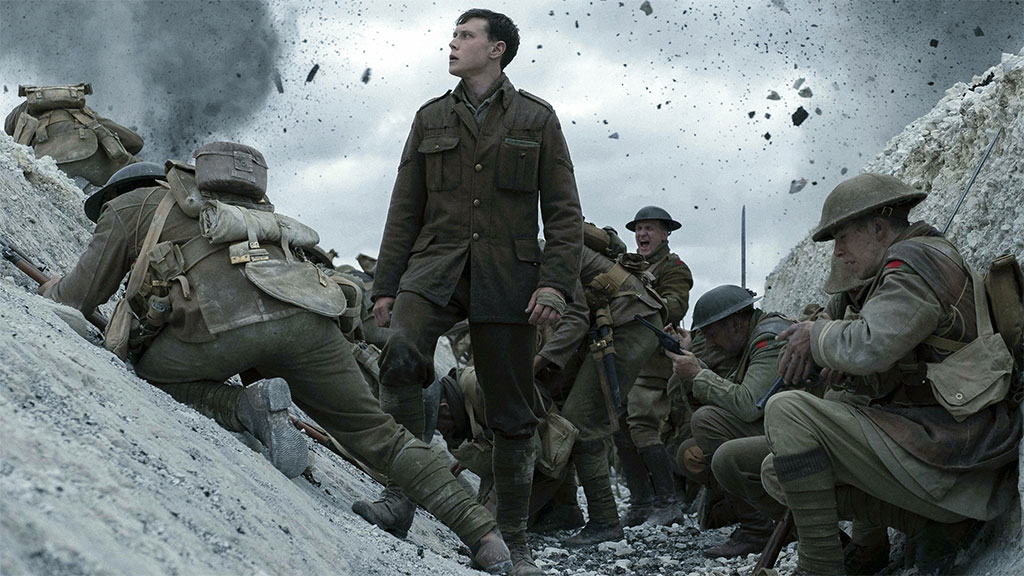 Schofield and Blake, two young British soldiers during the First World War, are given a seemingly impossible mission. With time against them, they must deliver a message, deep in enemy territory, that will stop their own men, and Blake's own brother, walking straight into a deadly trap.

"The film proves once again that war is hell, but the aftermath can be just as visceral and thoughtful." - USA Today

"Sam Mendes delivers the film of his career by mashing up the survivalist thrills of The Revenant with the helter-skelter mayhem of a shoot'em'up video game, and setting it during the Great War." - Times UK "A highly convincing welter of dirt, exhaustion, and decay..." - New Yorker