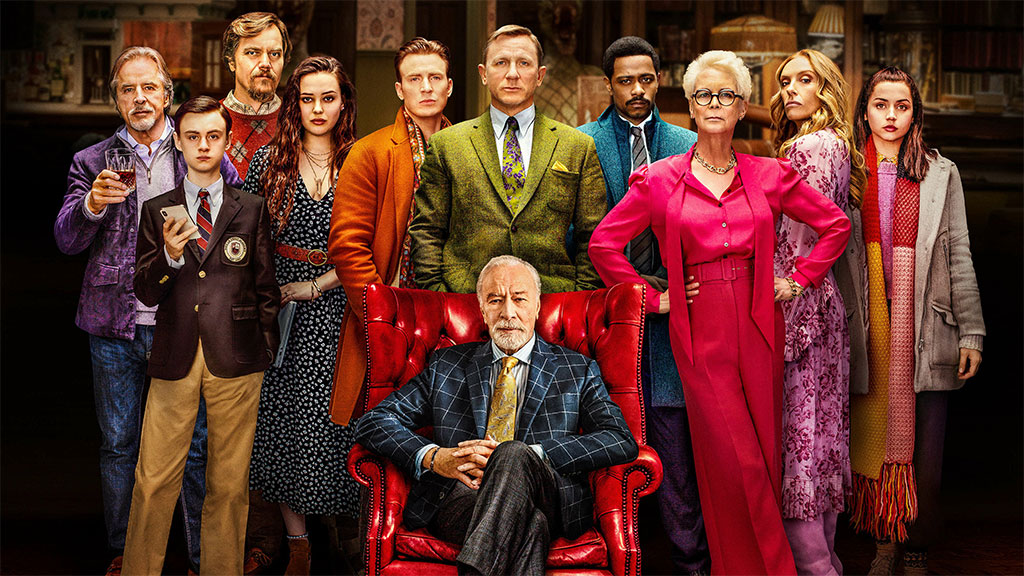 When renowned crime novelist Harlan Thrombey is found dead at his estate just after his 85th birthday, the inquisitive and debonair Detective Benoit Blanc is mysteriously enlisted to investigate. From Harlan's dysfunctional family to his devoted staff, Blanc sifts through a web of red herrings and self-serving lies to uncover the truth behind Harlan's untimely death.

"There is some savvy subtext in Rian Johnson's writing, about old money and Trump-era values, but mainly this is exceptional cinematic froth, and murder at its most mirthful." - Times UK

"A silly, stabby, supremely clever whodunnit that only really suffers from having too little room for each of its talented players to fully register in the film's limited run time." - Entertainment Weekly "Best to remember that those old movies Johnson embraces were really not that great, and to bring lowered expectations to his entertaining but scattershot update." - BBC