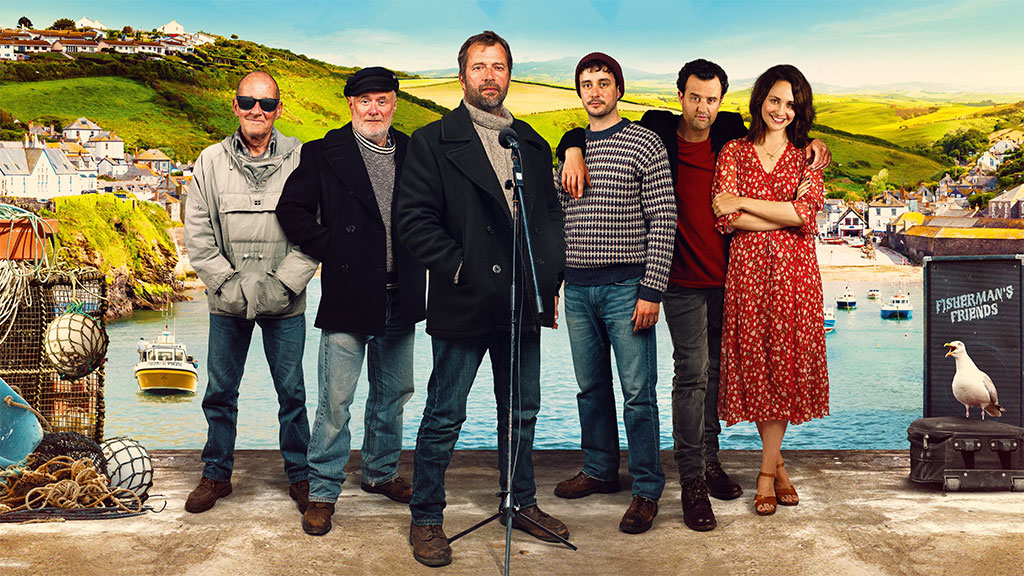 A fast-living, cynical London music executive (Danny Mays) heads to a remote Cornish village on a stag weekend where hes pranked by his boss (Noel Clarke) into trying to sign a group of shanty singing fishermen (led by James Purefoy). He becomes the ultimate fish out of water as he struggles to gain the respect or enthusiasm of the unlikely boy band and their families (including Tuppence Middleton) who value friendship and community over fame and fortune. As hes drawn deeper into the traditional way of life hes forced to re-evaluate his own integrity and ultimately question what success really means.

"Chris Foggin's movie has a storyline faintly similar to that of Local Hero in 1983. So why couldn't it have taken cues from that film's wit and romanticism?" - Sunday Times UK

"Fisherman's Friends is a formulaic but thoroughly amiable and upbeat British comedy with a flavour of Ealing Studios and The Full Monty about it." - Independent UK "This gentle, sweet-natured comedy has warmth and a certain X factor of likability, helped by big-hearted performances from a cast including Daniel Mays and Tuppence Middleton." - Guardian