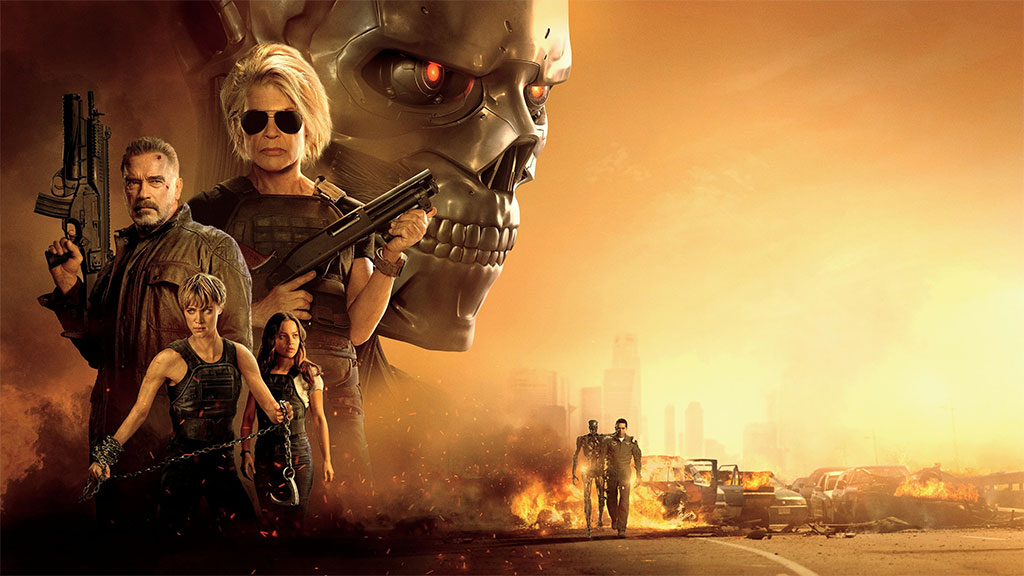 More than two decades have passed since Sarah Connor prevented Judgment Day, changed the future, and re-wrote the fate of the human race. Dani Ramos (Natalia Reyes) is living a simple life in Mexico City with her brother (Diego Boneta) and father when a highly advanced and deadly new Terminator  a Rev-9 (Gabriel Luna)  travels back through time to hunt and kill her. Dani's survival depends on her joining forces with two warriors: Grace (Mackenzie Davis), an enhanced super-soldier from the future, and a battle-hardened Sarah Connor (Linda Hamilton). As the Rev-9 ruthlessly destroys everything and everyone in its path on the hunt for Dani, the three are led to a T-800 (Arnold Schwarzenegger) from Sarahs past that may be their last best hope.

"Well, he did say hed be back. Arnold Schwarzenegger made that promise in The Terminator in 1984, little realising that Ill be back would become his most famous line of dialogue, or that the homicidal cyborg he was playing would become his defining role." - BBC

"What the film handsomely mines from the first two episodes, however, is the simple yet apparently elusive combination of kinetic momentum and emotional empathy." - Times UK "The technology of Terminator: Dark Fate is exponentially more advanced, but the pacing is so unvaried that even the miracles make you say "Whatever."" - New York Magazine