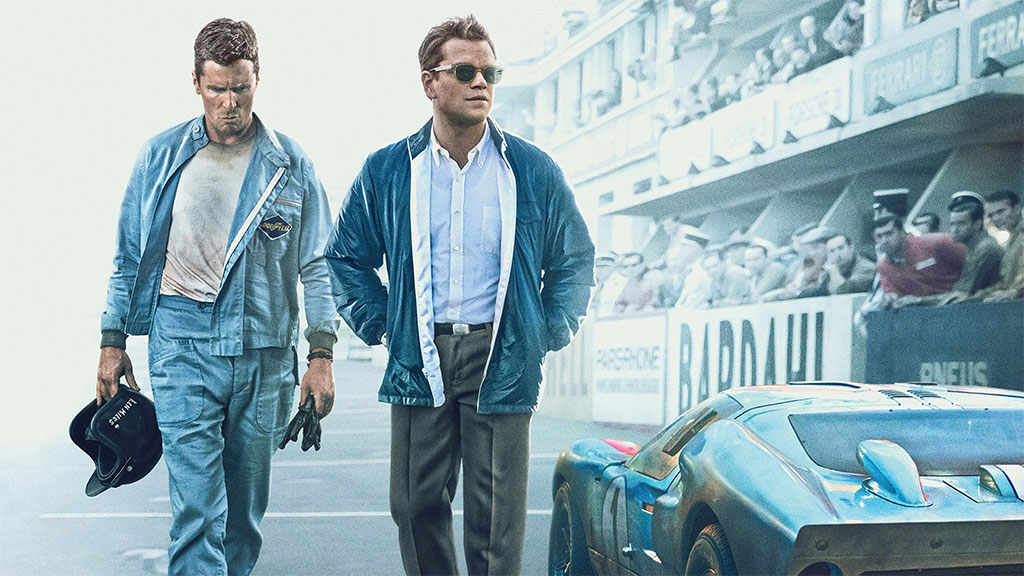 The film follows an eccentric, determined team of American engineers and designers, led by automotive visionary Carroll Shelby and his British driver, Ken Miles, who are dispatched by Henry Ford II with the mission of building from scratch an entirely new race car with the potential to finally defeat the perennially dominant Ferrari at the 1966 Le Mans World Championship.

"Directed by James Mangold, with a slavish appreciation of formula, it's the perfect movie event of the year. If that year was 1955." - Times UK

"A full-bodied and exciting true-life story in which the men behind the wheels are just as dynamic as the machines they drive." - Hollywood Reporter "No points for knowing who takes the racing trophy, or for knowing which version of Ford v Ferrari -- the half-smart business fable or the rough-and-ready boys' own adventure -- ultimately wins you over." - Time Out